Opera comique (seriously, it actually is!) in one act. Running Time: 1 hour.

This post marks my 3rd year anniversary! Thank you to all readers! 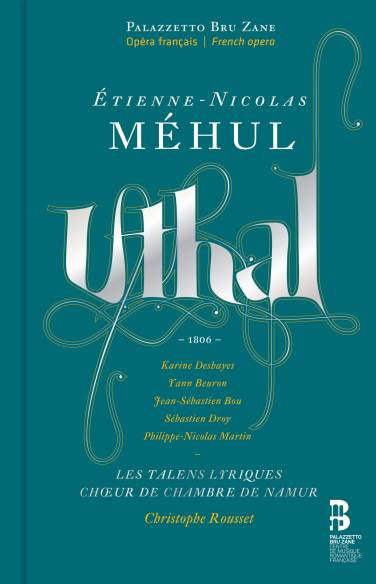 PHIL OF THE OPERA WORLD: Get ready to have your mind blown, somebody beat Weber to being Weber! French composer Mehul accomplishes this by using the violas, lots of violas, and timpani for stormy effects, plus a lot of woodwind work, especially for the flutes. The plot is a telescoped episode from the Ossian Poems, which are fictional epic poems by James Macpherson but passed off as being Scottish Gaelic poems from antiquity (or around a thousand years earlier given that Scottish Gaelic did not exist until the 7th century). Instead they continue to influence the, admittedly deserved, reputation that most of Scottish culture is an artificial construction with little if any basis in historical reality, like tartans or the Highland Clearances (that was a fun lecture back in undergrad!). However, you really don’t need to know anything about the poems or the fictional nation known as Scotland in order to enjoy the dark and stormy music Mehul composed for this little work.

HISTORIAN PHIL: Now I am being a little too harsh on the Scots, so I will give a little historical clarification: I am not claiming that the Scottish ethnic identity doesn’t exist, it obviously does, but the Scots have more than their fair share of self-mythologizing (like Italian army officers playing opera recordings throughout the entirety of both World Wars or the Serbs never attacked anyone during the Yugoslav Wars, or the Japanese never colonized anyone). It isn’t just the non-existence of Ossian. Genetically speaking, there are no homogenous Scottish people as they are a combination (and often not even genetically mixed) of Norse, Anglo-Saxons, Gaels, and Britons (specifically a group called the Cumbrians) as well as the Picts whose origin is disputed.

SETTING: Scotland, time unspecified but between the 8th and 18th centuries. Uthal (haute-contre) has seized the lands of Larmor (baritone) who happens to be the father of his wife Malvina (soprano). Larmor sends the bard Ullin (tenor) to get support from Chief  Fingal (bass). Uthal is defeated in battle and banished but when he realizes that Malvina is torn between accepting her fate and going away with him and her father, he begs the forgiveness of his father-in-law and the two men are reconciled. That is it really, this is one of those situational rather than plot operas.

0: The overture *** is very good but indebted to the opening of Iphigenie en Tauride utilizing the same bright sunny opening/storm sequencing. An immediately noticeable feature is that the violas are split in two sections, and there are no violins! Be warned, Mehul fell in love with the violas here and uses them almost monotonously. The second section, the storm, which includes the cries of Malvina, is practically atonal.

5: Ombres de mes aïeux Malvina and her father are living in conflict: her husband has taken his lands and she is divided in her loyalties *.

14:  Le grand Fingal! A Chorus of (Scottish) clansmen arrive and Larmor gains their sympathy against Uthal, Malvina is still not sure what to do but the orchestration here is furiously stormy and dramatically effective **. Larmor gets the bard Ullin to hurry up to Fingal for reinforcements against his wicked son-in-law. The overall effect is sort of a cross between Mozart and Rossini.

23: O de Selma! A chorus of bards arrives and sings to Malvina as she awaits the preparations for battle **. She leaves.

28: Quoi! Je la cherche en vain! Uthal comes on looking for Malvina but does not find her. His romance ** is dark (the violas dominate as usual).

36: Yann Beuron! Uthal and Malvina encounter each other in a furious duet *** which becomes amplified when Ullin returns with the men from Fingal.

44: Braves vengeurs! The clansmen arrive, but these are the ones working for Uthal ***.

48: Pres de Balva! Uthal goes off with the chorus of warriors and Malvina is left with the bards again * as the battle rages in the distance. Larmor comes on and tells Malvina that hubby has lost and is now in the power of his enemies.

53: Rejouis-toi Malvina! The Warriors return furiously * with the captured Uthal and tell Malvina to rejoice that her problem is over. Malvina resigns herself to banishment but Uthal begs Larmor to forgive him and seeing his daughter in such distress, Larmor does forgive him. The opera ends with an oddly gentle quartet con duo coro as all ends happily.

This was an easy opera to review. I skipped the dialogues so it was way less than the hour running time (some of the spoken parts go on for more than three minutes at a time). The overall impression of this score is that it is Mozart if Mozart had written a French opera (although he actually did start one!). The non-existence of violins in the orchestra, the timpani effects, and the complex flute-work all create an effect of stormy darkness, but also joviality. A-.